The word war between Filipino boxing pride Manny Pacquiao and retired American undefeated boxer Floyd Mayweather Jr. is getting more intense as the two of the greatest fighters of all-time trade jabs on social media. While the Pacquiao-Mayweather Word War on social media continues, is this a good sign that a rematch may happen soon?

The war started after Mayweather posted a photo after Pacquiao’s remarkable win against Keith Thurman on his Instagram account saying that Pacquiao is benefitting because of his name.

“I find it real ironic how every time Pacquiao’s name is brought up in the media, my name is always attached to it. This man’s entire legacy and career has been built off its association with my name and it’s about time you all stop using my brand for clout chasing and clickbait and let that man’s name hold weight of its own,” Mayweather wrote.

“For years, all you heard was that ” Floyd is afraid of Manny Pacquiao”. But what’s funny is, when we finally fought, I won so easily that everyone had to eat their words! All of the so-called boxing experts, critics and jealous American “fan base” either went mute and ran for cover or made every excuse in the world as to why I should give Manny Pacquiao a rematch,” he added.

“@FloydMayweather You come to my fight and then use my name in a post but I’m the one that is trying to stay relevant? if you want to be relevant again… #MayPac2,” Pacquiao said.

“Bottom line, I make more money than you; I beat you, then I signed you! I was only at your fight supervising you, my employee, as any real BOSS would do.”

“Excuse me Floyd, your name has not been on any of my PBC contracts. But if you would like to be on the next one, I will have one drawn up and sent to you. #CounterfeitMoney,” Pacquiao replied. 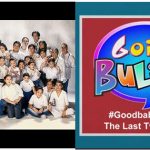 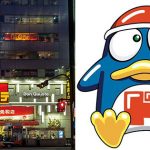