Manila, Philippines – The Pasig River is one of the most famous rivers in the country, as it was a major waterway within the capital. Connecting Laguna de Bay and Manila Bay, the river itself is 25 kilometers long. During the time of the Spaniards, it is used as the main transportation as most of the houses of the rich was built beside the river.

As the years passed, factories were also built beside it and pollution started to build up in it. It became so polluted it was declared as a “dead zone” in the 90’s, which meant it can’t support any biological life anymore. Because of this, the Pasig River Rehabilitation Commission was created, and the campaign “Piso Para sa Pasig” was also created during the late 1990’s.

Years later, it appeared that the river is still in its same state, and recently, President Rodrigo Duterte has taken notice of this.

From an article by The Inquirer, the President was quoted to say that the Pasig River is “uncleanable” because there is no “zoning” in the area, and that waste coming from nearby factories and houses were never checked.

It is also reported that he is planning on removing the Pasig River Rehabilitation Commission and moving any projects to clean the river to the Department of Environment and Natural Resources, though it is not clear if he will close the commission or will have DENR absorb it.

In the same report, it was mentioned that Executive Order 90 was issued, which transferred all control of the PRRC to DENR Secretary Roy Cimatu, and a week later, PRRC Executive Director Jose Antonio Goitia was removed from his position due to corruption allegations.

It was also mentioned that the President sees that the city needs an “overhaul” and his possible solution is by building more cities and reducing the urban population.

Only a month ago, a post in Facebook was seen, where one angler caught a huge catfish, or “hito” in the river. Then PRRC Executive Director Goitia said in a Facebook post that this shows that life is slowly returning in the once “dead” river. 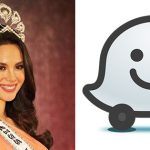 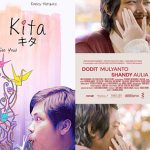