Beloved traditional favorites are rejuvenated with a new lease of life by ever-expanding hospitality group Bird Kingdom Group in an exquisite 3,000 sq ft, a venue with an ‘open garden’ interior design concept.

Paying tribute to Chinese opera culture, Peony Garden, or ‘You Yuan Cha Ji’ in Chinese, is named after The Peony Pavilion, a masterpiece of Chinese literature and kunqu by famous playwright Tang Xian-zu (1550-1616).  The garden-style concept resonates with a scene from the epic drama called A Stroll in the Garden.

Tang Xian-zu, also known as the Shakespeare of the East, wrote four drama masterpieces. Other than The Peony Pavilion, there is also A Pair of Purple Hairpins, A Dream Under the Southern Bough and The Tale of Handan. These three classic dramas use the word “ji” or “chapter” at the end of the Chinese name. Peony Garden, is named “You Yuan Cha Ji” in Chinese to infuse the spirit of Chinese opera, with an extensive list of authentic local foods and drinks.

“The location inside Xiqu Centre is the epitome of the crossroads between traditional and contemporary culture.”

As director of the Chaozhou Cuisine Research Centre and representative of the Guangdong Cuisine Association at numerous food festivals, Masterchef Chen’s nationwide renown has extended to Beijing’s Diaoyutai State Guesthouse, where he was invited to present his native traditional cuisine to Chinese leaders, including former Premier Li Peng, Deng Xiaoping, Li Ruihuan and Tian Jiyun.

One of the highlights of Peony Garden is Hong Kong classic favorite Cart Noodles, where diners can handpick their preferred type of noodles, with a wide range of choices, to various options of sauces and soup bases.

Completing the traditional ‘yum cha’ menu are a wide choice of local-style drinks from Milk Tea and Cocoa, to Hot Water with Egg and Red Bean Ice. 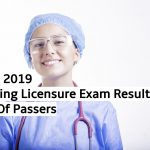 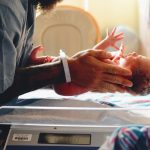