The Philippines government has taken a huge initiative to conserve the environment by passing a bill that will require all high school and college students to plant 10 trees each for them to graduate. The law is a step towards fighting climate change while at the same time observing an old tradition.

The new bill could result in up to 525 billion trees planted in a single generation if it is implemented properly. Explaining the bill, Magdalo Party spokesperson was quoted saying:

“In the course of one generation, no less than 525 billion trees can be planted under this initiative. Even with a survival rate of only 10%, this would an additional 525 million trees would be available for the youth to enjoy when they assume the mantle of leadership in the future.”

According to a report from CNN’s Philippines news website, the trees will be planted in existing forests, military ranges, mangroves, abandoned mining sites, some protected areas, and designated urban areas.

Of course, each selected location will require its own tree species that will adapt to the location’s topology and climate.

The new law is aim to bring up an environmental conscience generation, along with helping with immediate carbon dioxide absorption.

For this project to be successful, it requires synergies between government institutions and in this case, the Commission on Higher Education (CHED) and the Department of Education (DepEd) will work together to ensure that the bill is implemented.

Other government agencies such as the Agriculture and Environment Departments will be responsible for establishing the seedling nurseries, identifying the suitable species for each selected planting regions, supply the seedlings to these regions, and monitor the growth progress of the panted trees.

Also read: LOOK: This Plantable Pencil from Cebu Can Grow Into a Plant 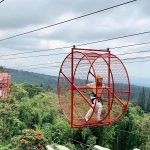