Manila, Philippines — ABS-CBN actor Piolo Pascual has something to say with John Lloyd Cruz as he believed fatherhood changed the actor away from showbiz limelight.

In a video posted by entertainment website Pep.ph in its YouTube account, Piolo said that it was obvious that his co-Star Magic talent is happy with his life right now.

“Happy siya. I’m asking about his son. He’s very vocal with his own family so he is in a good place. I think fatherhood change him for the better. Not that he’s bad, iba talaga ang pakiramdam pag naging tatay na eh so that’s how he asked, privacy and at the same time he feels complete. That’s what I saw when I’m with him,” Piolo said.

Although John Lloyd doesn’t really make a comeback on showbiz, he worked with long-time love team Bea Alonzo as well as Piolo in the recent commercial of a shawarma brand.

Piolo hoped he and John Lloyd will work again for future projects.

“Hopefully one day we can work again together,” he said.

Piolo also added that he hopes that on-leave Kapamilya star will officially back to showbiz.

“Napakaliit ng mundo and Lloydie will always be my brother. We started here in the industry 20 years ago at siyempre affected ka rin pag may nangyayaring hindi maganda sa kasama mo so I hope sana bumalik siya,” Piolo said.

In the same interview, Piolo said he has no knowledge about the rumored marriage between John Lloyd and Ellen Adarna who have already a son, Elias Modesto, who recently celebrated his first birthday.

John Lloyd and Ellen, who welcomed their first baby in June 2018, have both been on hiatus from showbiz since October 2017.

Since then, the couple has maintained a low profile. 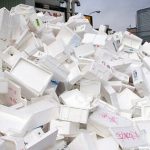 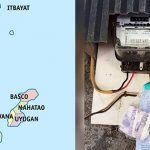