Tokyo, Japan — Escrit, a Japanese event company which specializes in wedding, has teamed up with the Pokémon Company to offer a one of a kind Pokemon-themed wedding that is based on the popular anime. Good news! You Can Now Have Official Pokemon-themed Wedding In Japan.

How about an Official Pokemon-themed Wedding In Japan?

The ceremony includes an appearance by both life-size bride and groom Pikachu mascots, who will happily act as ushers, ring bearers, best man and maid of honor.

Also included in the package is the Pokemon-themed official marriage certificate designed with Pikachu couple.

The Pokemon wedding, however, is only exclusive in Japan right now.

Created by Satoshi Tajiri in 1995, Pokemon or Pocket Monster is a media franchise managed by The Pokemon Company, a Japanese consortium between Nintendo, Game Freak, and Creatures.

Started as a video game, the Pokemon became an anime series in 1997. As of 2018 it has produced and aired over 1,000 episodes, divided into 6 series in Japan and 22 seasons internationally.

In addition to the TV series, 22 animated Pokémon films have been directed by Kunihiko Yuyama and Tetsuo Yajima and distributed in Japan by Toho since 1998.

A live-action Pokémon film directed by Rob Letterman, produced by Legendary Entertainment and distributed in Japan by Toho and internationally by Warner Bros was released last May 10, 2019.

Starring Justice Smith as Tim Goodman and Ryan Reynolds as the voice of Pikachu, Detective Pikachu has grossed $132.9 million in the United States and Canada, and $262.6 million in other territories, for a worldwide total of $395.5 million, against a production budget of $150 million. 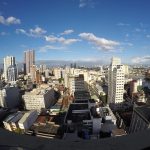 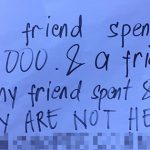