In the Philippines, wedding ceremonies are not only governed by the laws of the church and the country. Supernatural laws, as influenced by the previous generations, are still observed today to attract good luck. Despite the rich foreign influences throughout the county’s past, uniquely Filipino beliefs managed to transcend time. These beliefs make up different superstitions around Filipino weddings. Filipino or not, if you’re wondering how to attract as many positive vibes from the universe as possible, you have these beliefs to follow:

The groom and bride are at their most ravishing during their wedding day. It seems as though every fine-looking Filipina bride made sure to fit her couture wedding gown after its finishing touches. Superstitions dictate that brides who fit the final wedding dress will be doomed with bad luck. To go around this, many bride-to-be’s try on their unfinished gown, but never its final version. Jewelry or accessories in pearl and teardrop designs are also prohibited because they signify tears and an unhappy marriage.

Apart from not fitting wedding dresses, couples are encouraged not to see each other the night before the wedding until they walk down the aisle. Any domestic or local trips nearing the wedding date is also discouraged because couples are at their most accident-prone during this time.

Filipinos give high importance to their loved ones, especially family members. Death and any fortuitous weddings within the same year are good enough reasons to delay the wedding. Not doing so will result in bad luck.

Rain during weddings is beloved by many superstitious believers. Apart from rain being a prelude to a good harvest, these water droplets from the sky signify prosperity and good luck. Ceremonies among Christian weddings usually involve a candle being lit on each side of the bride and groom. If the wind blows harshly enough to extinguish the candle flame, this is believed to signify death. The first candlelight to die signals sooner death for the couple who’s on the same side of the candle. To prevent much bad luck, couples make sure their wedding is festive. Superstitions encourage abundance in meals during weddings because this crystallizes a long and happy marriage among couples.

Most couples will appreciate their guests’ presence and presents. However, items that are pointed are passionately believed to bring an unhappy marriage. Many Filipino guests avoid gifting knives, not because they’re expensive, but because they’re bad luck.

Filipinos are fun-loving people who value tradition, culture, and the wisdom of their forefathers. Many would argue that superstitious beliefs are illogical. Though Filipinos wouldn’t disagree, they stand firm with their practices. After all, anyone is likely to regret the things they did not do compared to the things they did. Going after your peace of mind is an effective default. 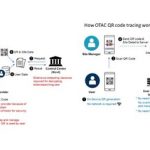 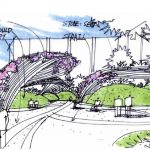