Manila, Philippines – Original Pilipino Music, or OPM, is the type of music that is loved by Filipinos. Each song has been thought of carefully and almost every song will be known by heart by many Filipino music lovers.

Rico Blanco is a famous name that is related to OPM. He first became famous for being a member of Rivermaya and he was able to write and sing songs for the band for the longest time. He left the band and pursued a solo career which also flourished, with one of his most famous songs being “Liwanag sa Dilim.”

Recently, he had a contract signing with Viva Music Publishing, Inc., In the same event, he had interviews with the press and he was asked a few questions, including if he’ll be interested with having his life story turned into a movie, and what his reaction is with people calling him the “Keanu Reeves of the Philippines.”

In a Tweet last July 8, 2019, Rico called out the local showbiz news site for using a misleading headline in their article.

Rico reiterated that all he wanted to point out was that, though he appreciated the thought, he wants people to stop the comparisons to other people.

Additional Tweets from him said that he won’t be inviting the same news site in another press conference, and he also saw that they reposted the same headline despite the call out.

Twitter users were quick to take Rico’s side in calling out what the news site did with both articles and they all said that a simple change with the title of the article in question and deleting a Tweet could have stopped the whole mess. They also called out how unprofessional the follow-up article looked. 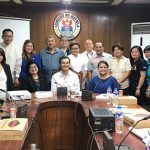 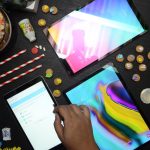