Manila, Philippines – The 30th Southeast Asian Games, or SEA Games, will be hosted by the Philippines from November 30 until December 11, 2019. The country has hosted the sports event before, with it holding the event back in 2005. Compared from before as well, the games will be held in different parts of the country, as to what was done before where everything will be done in one central city.

With the country hosting the event, a few things were criticized, including the budget used to construct the flame cauldron that will be used in the event.

The cost of the 3m wide, 50m tall cauldron was P50 million, broken down to the following:

Senator Franklin Drilon has questioned the budget, asking if it was proper to spend that much for something that will only be used once, and instead the P50 million could have been used to construct 50 classrooms, at P1 million per room.

Senator Juan Edgardo “Sonny” Angara defended the construction of it, saying that the SEA Games cauldron is a means to show off the Filipinos’ creativity and ingenuity. Senator Angara also was the person who sponsored the said budget.

Senator Christopher “Bong” Go was also quoted to say that the government had plans regarding the usage of the facilities made for the SEA Games, where they can be leased out or used after the events.

Senator Alan Peter Cayetano also defended the budget used, saying that it was “not excessive” and that the cauldron symbolizes the event’s competitive spirit.

It is also noted that the SEA Games cauldron was one of the last designs made by the late Francisco “Bobby” Mañosa, who was recognized as the National Artist of the Philippines for Architecture in 2018. He is also the person who designed the EDSA Shrine and the Coconut Palace.

Also read: #WalangPasok: Classes Will Be Suspended for La Salle and Benilde Because of SEA Games 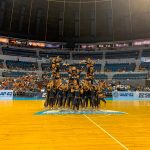 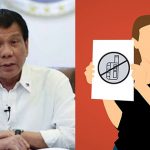