Manila, Philippines – Show business is always a big deal everywhere, and any major stories that involve any celebrity will get any person’s attention, regardless if they are avid fans or just someone that heard of the news. With how information is spread today as well through the internet, fake news may sometimes make their rounds in order to get clicks and views. Such fake news has involved actress Shaina Magdayao.

Shaina Magdayao is a Filipino actress who has started her career at a very young age. She played the lead in the show Lyra back in 1996, and since then, she has gotten more shows and movies under her belt.

Back in 2017, it was reported that Shaina has Hypothyroidism. Hypothyroidism is a disorder that involves the Thyroid gland, where it doesn’t secrete enough thyroid hormone to help in keeping the body running normally.

In October 19, 2019, posts have circulated from websites that look like legitimate news sites, where they say Shaina has passed away because of Hypothyroidism. Further information said that she was rushed to the hospital but still died.

If you were to click on the news site, you’ll only be shown a video that shows her and nothing else.

Shaina as finally made a post in her Instagram account that she was away from social media for a few days and that she was actually preparing for a huge project.

Rappler has shown more detail of the fake news through an article and that Facebook Claim Check, a tool used in the social media platform, was able to detect 51 hits and all were flagged down immediately. 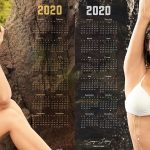 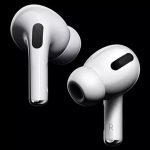