Manila, Philippines – SM Mall of Asia is one of the most iconic malls in Luzon ever since it was opened back in 2006. Situated at the far end of EDSA, near Manila Bay, its open areas have attracted a lot of customers and tourists, along with the opening of the SMX Convention Center and the MoA Arena recently, the shopping mall keeps on growing and expanding.

Recently there was a post in Facebook, that was since removed, that referred to Mall of Asia. In the post, it refers to an engineer, who was a family friend of the one who made the post, that was called upon by the mall’s management to check on their foundation. It was said that the foundations have failed and that seawater is seeping in, and that a pumping system is what keeps the entire structure upright. It was also mentioned that if the pumping system fails, the whole mall will collapse.

SM has issued two official statements debunking this claim. In their first statement, they simply said that the post about the Mall of Asia foundation being compromised is false and that Senior Management has not called nor spoke to any engineer recently.

In their second statement, which contained a screenshot of what was circulating online, they had clarified that the Mall of Asia foundation is set with concrete piles which reaches down to the bedrock, and any information about water seeping in is false. They also assured the public that annual checks of the buildings’ integrity is done properly to ensure everyone’s safety.

Also read: SM to Implement All Gender Restrooms this November 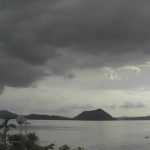 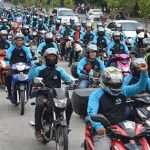