Solenn Heussaff and Nico Bolzico: ‘We’re in this together’

Celebrity couple Solenn Heussaff and Nico Bolzico is expecting their first child together.

In their Instagram account, Solenn and Nico posted witty photo going through a fight with morning sickness announcing Solenn’s pregnancy.

“We’re in this together. #BabyBolz” the couple captioned their post.

Solenn also shared some photos on her Instagram story saying her pregnancy is already 4 and a half months.

“Half way there,” she wrote.

“So, all in perfect time.

“Finally! Can’t wait to be an aunt to this little one,” Anne said.

“Yes yes it’s out! This calls for a celebration,” Lovi commented.

“Wooohoooo! Its out! Tell me when your weird cravings start. Congratulations Sos and Nico,” Rhian said.

Last year, entertainment website PEP reported that Solenn and Nico already talking about having their own child.

“Of course, we’re talking about it. Of course, we’re planning sooner than later. But, like, right now, I have a few projects I’m finishing this year that I wanna push further. And we just renovated the house, so we’re gonna move into the house. So, by order, para hindi ko gagawin na buntis ako habang nag-aayos ng bahay,” Solenn said.

“We told each other this year, let’s finish what we planned, and then next year, tingnan natin kung paano sisingit. Obviously, I’m turning 33 in July, so sana malapit na. Kasi, I don’t wanna wait until I’m 37,” she added.

The baby would be Heussaff and Bolzico’s first. They married back in 2016 in France. 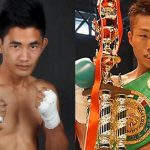 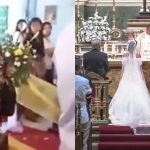