Korean drama is famous not just for their stories that will get you hooked, but because of the actors and actresses that are in it. In most cases, the roles that they portray are so realistic that fans would even try to ship them in real life, as what might have happened with a certain couple.

Song Joong Ki and Song Hye Kyo were part of a very popular Korean drama entitled Descendants of the Sun. The drama is about a soldier and a surgeon that fell in live while in the frontline of an ongoing war. The show was aired in 2016 and had a huge following.

Soong Joong Ki and Song Hye Kyo were the love team in the series, and rumors started to go around that they were dating, which both had denied.

In the middle of 2017, they had then announced that they will be getting married on October of that year, and with that, they have been called the “Song-Song Couple,” which came about since both had the same last name.

It was then unfortunate news for fans of both actors and the couple that they are getting a divorce, as was seen in a report from ABS-CBN News.

In Song Joong Ki’s statement through his lawyer Park Jan Hyun, they had stated that he had filed for divorce on June 26 and that he hopes his fans would not point fingers as to who is to blame.

At the same time, from Song Hye Kyo released her own statement through her agency. She said that they had differences in their personalities that they were unable to overcome, and filing for divorce was the best thing for both of them.

Both parties are encouraging their fans to not spread any rumors as to what might have led to their decision and not make any scandalous posts online.

It is a sad day indeed for fans that the Song-Song couple is no more, but we hope both of them can find peace with their decision.

Also read: ToyCon POPLife FanXperience 2019: What You Can Expect This Year 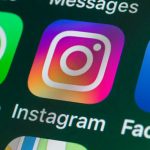 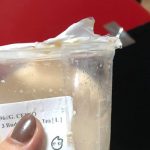