Manila, Philippines – Star City is not unknown to any Filipino. It is an amusement park located in Pasay City and is home to a lot of rides and attractions. Famous as well for having the rides such as Zykon Loop, which featured a 360-degree loop, the Wild River, now known as the Jungle Splash, a water log ride, and the Star Flyer, the roller coaster where patrons would hang from the rails instead of being inside a car.

Those that grew up in the 90’s would have fond memories of the amusement park, and they have also updated their attractions to include Snow World, which is a place where ice structures can be found as well as the longest ice slide in the country.

Early in the morning of October 2, 2019, fire was reported in Star City. It was said to have started from one of the stockrooms where toys and prizes were held. From a report made by ABS-CBN, the fire started at around 12:22AM, and the park was already closed.

The fire quickly spread all throughout the building and the fire alarm was raised to Task Force Bravo two hours after the fire started.

The fire was reported to be under control at around 4:30AM

It was also reported that the Manila Broadcasting Company office was affected by the fire. MBC is the entity that owns radio stations like DZRH and Love Radio.

In the morning, the damage was inspected. Star Theater was engufled by the flames and the roof of Snow World collapsed over it.

Spokesperson for Star City Rudolph Jularbal said that, as the park was hit the hardest by the blaze, they will only be able to reopen by October 2020.

Suspicion of arson is now being looked into as different places of the park caught fire all at the same time, according to Pasay City Fire Marshal Paul Pili. 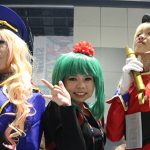 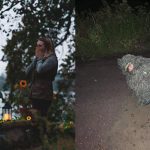