Health experts have warned parents not to feed their children with processed foods and instant noodles as they could lead to hypertension and diabetes down the road.

Department of Health Disease Prevention and Control Bureau officer-in-charge Dr. Anthony Calibo told the press in Makati City on Wednesday, October 16, that parents should not give their children processed foods and instant noodles as these could harm them.

In complementary feeding, this is when a child starts feeding at six months old, don’t give a child food with artificial coloring and flavors. If you think these harm you as an adult, more likely these are going to harm your kids,” said Dr. Calibo, as published by the Philippine News Agency (PNA).

Calibo further said that they should introduce healthy eating as early as in their childhood.

He said that while instant noodles may come with micronutrient Sangkap Pinoy Seal, which means these are fortified, these could be unhealthy to the kids’ kidneys as they contain high sodium.

Calibo suggested that these noodles should be eaten sparingly, not every day.

“Probably once a week, and you shouldn’t be giving other salty food like chips as you already gave instant pancit canton,” he added.

Dr. Azucena Dayanghirang, executive director of the National Nutrition Council, in the meantime, said the agency has already told manufacturers to reformulate their products. For instance, the agency told them to lessen salt content and to add vegetables and eggs.

Calibo added that parents should prepare meals for their children ahead of time and must consult nutritionists and dieticians to help make healthy meal plans for the whole family. 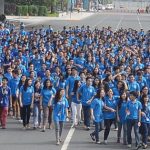 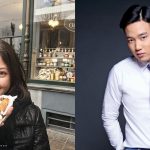