LOS ANGELES, March 25, 2020 /PRNewswire/ — XpreSole, the latest green technology developed by CCILU Footwear, makes its formal debut in Spring 2020 season, embodying the brand’s vision for sustainability and the protection of Mother Earth through the development of an entire recycling ecosystem. The result of a three-year endeavor by CCILU‘s R&D team, XpreSole – in its first iteration – recycles spent coffee grounds (SCG) into sustainable footwear material. CCILU’s first application of this revolutionary technology has already been honored by the Red Dot Awards in the Product Design category for 2019. XpreSole will be incorporated into pioneer footwear SKUs set to debut in Q1 2020. The first product is the "aromatic" (coffee smell) Cody sneaker with its major components (upper, insole, and outsole) all primarily made from SCG (www.XpreSole.com). One pair of Cody sneaker averagely consumes the SCG from 5 cups of coffee. To embrace the spirits of entrepreneurs, true innovations, and impacting the emerging / younger generations, CCILU‘s featuring XpreSole Cody will be firstly exposed at several crowd funding platforms such as Kickstarter (www.kickstarter.com/projects/xpresole/the-worlds-1st-shoes-primarily-made-from-coffee) and Indiegogo, then moved to CCILU branded stores worldwide, and brand-owned channel www.Ccilu.com. CCILU has further plans to share XpreSole with other brands, to assure an expansive dissemination of this environmentally-focused technology. 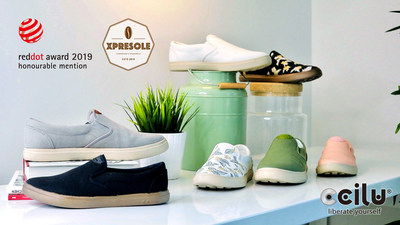 XpreSole-CCILU footwear found a way to mix and melt spent coffee grounds into a special compound that is ideal for shoe soles and tops, and it’s Dirt Proof, Water Repellent, Odor Control, Ultralight…and so much more, Actually, it smells like Coffee!! CCILU recycle the spent coffee grounds from the coffee shops and remake the SCGs to be high-quality footwear material: “XpreSole”. CCILU then use the XpreSole material to be the key elements of each major footwear component (upper, insole, outsole).

CCILU has published the XpreSole Technology Plan that lays out 4 primary objectives:

"When discarded and landfilled, SCG emits massive Methane & Carbon Dioxide – two greenhouse gases that contribute majorly to global warming. Especially Methane (CH4) is 28x more harmful than Carbon Dioxide (CO2)," CCILU Footwear Founder/CEO Wilson Hsu explained. "With 850 billion cups of coffee poured each year, the human being creates 25 billion kilos of the SCG. The SCG also contributes towards a huge financial cost on taxpayers of running and maintaining the landfills." To appreciate the gravity of the issue, one need only consider the Ocean Conservancy’s statement that "Every year, 8 million metric tons of plastics enter our ocean." Three times that amount ends up in landfills each year, causing damage directly to human beings.

Regarding Petroleum, CCILU‘s plan aims to reduce by 30% the consumption of petroleum-based traditional materials currently used in the footwear industry.

How does CCILU transform spent coffee grounds into footwear? It all starts with SCG resource management, or the process of collecting the SCG. CCILU‘s demonstration factory and supply chain aim to be a model that can be duplicated by other manufacturers. In the meantime, they utilize centralized resources in Taiwan to produce the XpreSole material master batch. The process of drying, grinding, sifting, and pelleting, through a patented XpreSole Material Tech process, creates a ready-to-export, concentrate masterbatch of either fabric or sole material that is then sent for final product cultivation to factories around the world. For CCILU‘s own footwear production, the XpreSole masterbatch is compounded with other materials and undergoes extensive physical properties testing to ensure quality before being made into CCILU shoes.

Hsu sees this endeavor as more than a brand initiative. Rather, he explained, it is a moral imperative. As Footwear News reported, CCILU plans "to offer XpreSole technology to likeminded footwear brands who share CCILU‘s commitment to addressing global warming concerns and contributing to the sustainability of our planet." He went on to say, "CCILU considers the sustainability of the footwear industry and our Mother Earth far more important than exclusively occupying this space."

CCILU‘s research and development team intends to build an entire natural ecosystem beyond just the XpreSole footwear line. CCILU continues to build its IP roadmap and protections surrounding its various footwear technologies, including XpreSole, on which the brand is working with several coffee makers to bring this initiative to market. This is all part of CCILU‘s commitment to sustainability, exploring all possible applications for XpreSole, such as apparel, 3D printing, planting and feeding, and alternative energy. While launching the footwear Cody, CCILU also debuts a fresh design of socks with its fabrics made primarily from spent coffee grounds.

XpreSole comes to market having been honored by the Red Dot Design Awards, marking the second consecutive year CCILU has been acknowledged by the largest and most renowned design competition in the world. The technology received an Honourable Mention for Product Design 2019. In the year 2018, CCILU‘s SteppingStones massage sandal was honored with the Red Dot Design Award for Fashion & Lifestyle accessories.

"The Red Dot honor reflects the breadth of CCILU‘s journey from comfort and style wins with Horizon and Diffusion, to personal care honors with SteppingStones, and caring for our planet through XpreSole," said Hsu. "It is the embodiment and true realization of our motto, liberate yourself." In fact, the tagline for XpreSole conveys the message and intent of the new tech: Coffee is recyclable, and sustainability is liberating.

Launched in 2011, this award-winning lifestyle brand is now sold in more than 60 countries, with 40+ CCILU stores in Asia and a permanent presence established in North America, under the CCILU USA Inc. banner. Via its sponsorship of the World of Dance live competition tour, and partnerships with PGA TOUR, Grand Slam, Swarovski, Hang Ten and Hang Ten Gold, CCILU Footwear is expanding its footprint in the USA and worldwide. "CCILU" (CHEE-loo) means "liberate" in Japanese, and "liberate yourself" is our call to action, a reminder that we each have the power to defy limitations. For CCILU, this means bringing our creativity and independent spirit to footwear evolution, thanks to CCILU Footwear’s revolutionary technologies. These have evolved from comfort, fashion and function, to wellness and sustainability: in 2019, CCILU unveiled XpreSole, a revolutionary technology that converts spent coffee grounds into footwear material, reducing harmful methane and carbon dioxide emissions. 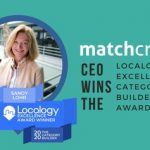 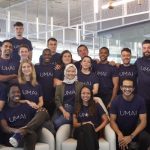