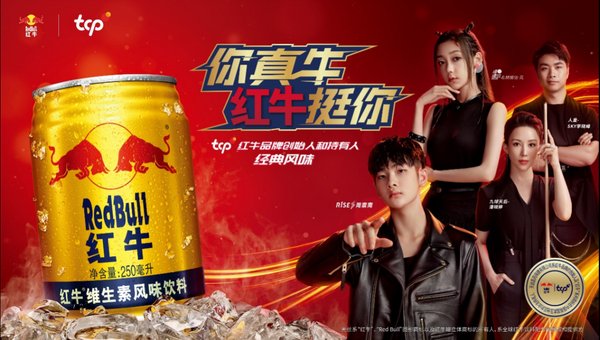 "Challenging oneself and pushing the limits" has long been at the heart of Red Bull’s pioneering brand spirit. Along the journey from its humble beginnings in Thailand to becoming a powerhouse brand globally, Red Bull’s amazing success story has been fueled by a tremendous drive for innovation and creativity as well for building a sense of community- this has ensured that TCP brings to consumers an outstanding and authentic Red Bull product experience.

Mr. Supachai Junkeiat ,TCP’s Global Marketing Director, said, "Through this campaign, we are promoting what we call the Red Bull Zhen Niu Spirit of ‘Going Beyond‘ and ‘Limitless Potential‘ – Zhen Niu Ren are the people who have that drive to achieve their goals no matter how tough the challenge is. We want to inspire and empower our fans through this message and support them as they challenge themselves to ‘go Beyond.‘ Our campaign aims to establish a deep emotional connection with our consumers and help them to better understand exactly what our true brand spirit is all about." 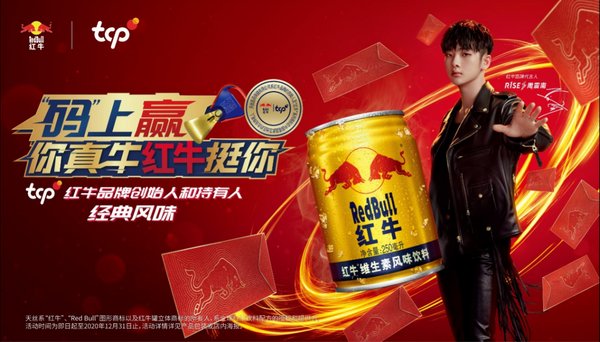 Scan a QR code to get red packets promotion

"Zhen Niu is the latest element of the brand, seeking to drive awareness and sales through choice, an active lifestyle and the Zhen Niu spirit embodied by our brand and celebrity ambassadors," said Supachai. 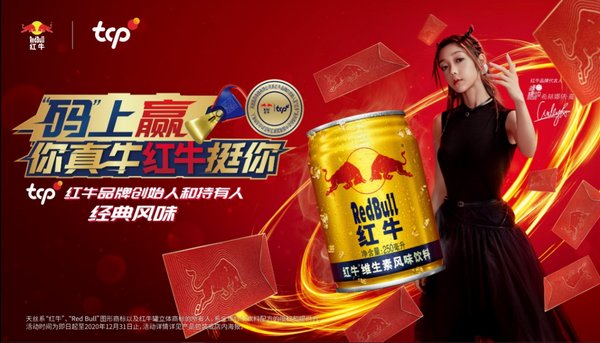 Scan a QR code to get red packets promotion

The campaign will promote the latest exciting addition to TCP’s world-class ‘House of Brands,’ the new Red Bull® Vitamin Flavor Drink which brings the classic Red Bull flavor to China’s consumers. Ever since its debut at the China International Import Expo (CIIE) last November, Red Bull® Vitamin Flavor Drink has enjoyed considerable success among Red Bull fans and the general public alike thanks to its classical flavor and high-quality ingredients which make it a stand-out offering across consumer segments. By the end of June this year, this product has been launched across a total of 224 cities in 30 provinces and continues to gain increased traction throughout the Chinese market. To meet the growing demand from consumers for Red Bull beverages, TCP Group is actively expanding its manufacturing capacity through new local partnerships to further boost the production of the Red Bull® Vitamin Flavor Drink in China.

The Zhen Niu Campaign kicked off by unveiling a new line-up of celebrity brand ambassadors, including Zhou Zhennan from R1SE, Xilinnayi Gao from Bon Bon Girls, "Sky"  Li Xiaofeng, and Pan Xiaoting, the "Queen of 9-ball." TCP’s new collaboration with these popular Chinese celebrities – four young leaders from diverse backgrounds spanning music to sports to gaming – will showcase how they truly exemplify the Red Bull spirit in the new era.

R1SE Zhou Zhennan, the leader of boy band R1SE, exemplifies the up-and-coming generation of new musicians in China. Whether in singing, dancing, or creating music, he always strives to reach the next level and do even better, despite all of the praise he receives for his impressive work. He continually pushes boundaries and goes further, believing that constant exploration is the key to an even brighter future.

As the member of the Bon Bon Girls, Xilinnayi Gao went through many hardships while getting ready for her audition. But she always believed in herself and never retreated from any challenge. Along with her incredible talent, her determination was hugely inspiring and won her countless fans.

Li "Sky" Xiaofeng, a legendary Warcraft III player, is widely known in e-sports circles as the "Human Emperor" of Warcraft, having won the World Cyber Games (WCG) twice in a row. Following his dream, the once unknown teenager developed a unique path to success, staying true to the spirit of breaking boundaries and not going down the conventional route.

Without question, Pan Xiaoting has earned her nickname as the "Queen of 9-ball." She was the first Chinese billiards player to win the Women’s 9-ball World Championship.

In competition, Pan Xiaoting focuses on delivering her shots with the utmost precision. And with every collision of the balls on the table, she is fulfilling her expectations to always strive to transcend beyond her limits. She believes that only by constantly striving to break through one’s limits can you repeatedly succeed in challenging the impossible.

Mr. Saravoot Yoovidhya, TCP CEO, speaking on behalf of the founding company of the Red Bull brand, said, "As a Thai-Chinese enterprise, China has always been at the front and center of our global ambitions to become a global ‘House of Brands.’ This deep-rooted attachment means that TCP’s top priority will always be to contribute to the development of China’s economy and society. As we gradually implement the TCP China investment plan announced earlier this year and roll out a series of market promotional activities such as the "Ni Zhen Niu" Campaign, I am confident that Red Bull will bring a growing number of even better product experiences to consumers in China.

The TCP Group is one of the leading food and beverage companies in Thailand, with a diverse product portfolio comprising four product categories – energy drinks, electrolyte beverages, functional drinks and snacks – and more than 30 product lines under nine brands. This includes Red Bull, the world’s leading energy drink, which the company’s founder Mr. Chaleo Yoovidhya invented in 1975. The TCP Group is the only producer of the Red Bull flavor around the world ensuring only quality ingredients are used in Red Bull worldwide. TCP, together with the Yoovidhya Family, own the Red Bull trademarks worldwide. Mr. Chaleo established Hainan Red Bull Energy Drink Co. Ltd. in 1993, in Hainan province, the birthplace of his father.

China is the Yoovidhya Family’s ancestral homeland, and their Chinese family name is Xu. Hainan Red Bull manufactures Red Bull – named Hong Niu in Chinese by Mr. Chaleo – for the domestic market. In response to the drink’s increasing popularity, Mr. Chaleo and his family established Red Bull Vitamin Drink Co. Ltd. (RBVC) in 1995 with other shareholders in order to serve Red Bull to Chinese consumers nationwide. In September 2018, following the expiration of RBVC’s joint venture term, TCP decided to launch new partnerships and a new business model in order to continue providing quality, legal Red Bull products to the vast number of Chinese consumers as well as ensure Red Bull continues to be one of the most popular drinks in China today. 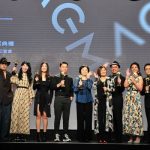 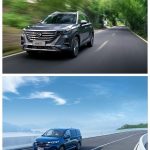