Joining a beauty pageant is serious business. Not only would you need to prepare yourself in creating a big impact to both the judges and the audience, you’ll be representing your place of origin, and in most cases, your home country. It is also important that you make yourself look good, both inside and outside.

In 2018, the Philippines became proud of the moment that Catriona Gray, who competed in the 2018 Miss Universe Pageant, won the sought-after crown. She also became famous for her signature “Lava Walk,” where she walks on the catwalk and then she does a graceful slow turn.

Only recently, news spread regarding a now-deleted Instagram post that was related to Catriona. Thai beauty queen Coco Arayha Suparurk posted a picture comparing Miss Grand International 2018 Clara Sosa and Catriona, and the captions “Fit” and “Fat” were marked below their pictures.

Last Saturday, July 13, 2019, the Miss Grand Thailand pageant was held, where Coco competed, and she won after competing against the 70 other contestants in the event. She will be competing for the title of Miss Grand International in October, and she’ll be up against our very own Samantha Ashley Lo.

Both Coco and Catriona had been silent regarding the now-deleted Instagram post, but Cat finally spoke out regarding her take on body shaming.

Through her Twitter account, she had her followers ask her questions. She was asked what her stance was regarding both bullying and body shaming, and her response was that she is firmly against bullying and that she knows what people are going through if they are body-shamed. She also wanted to remind them that everyone is just more than their appearance and that they are a “capable, unique, and worthy person.” 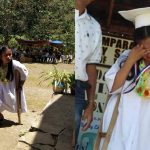 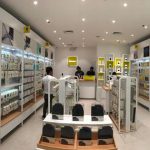