TOKYO, JAPAN — Rain or shine, the unpredictable weather did not stop thousands of Japanese and Filipino in Japan to flock together at the Ueno Park in Tokyo for the first-ever Filipino-Japanese fusion festival, “IslaFest”.

“Islafest is ABS-CBN TFC’s very own fusion festival that we are launching here in Japan, which is the fusion of the Filipino and Japanese cultures, music, talent and of course food. For the first time also, in partnership with MOR 101.9, we bring in Kapamilya artists each day of the festival,” said ABS-CBN Global Managing Director for Asia Pacific Maribel Hernaez.

This is the first partnership between the Philippine Expo Organizing Committee and TFC, and Philippine Expo Chairman Nobuyuki Suzuki sees that this event could help strengthen the Filipino-Japanese relations.

“IslaFest will be the start of Filipino-Japanese convergence. There are around 260,000 Filipinos working in Japan. So, what we did here in the festival is to introduce to them the Japanese music, food, tradition, and culture,” Suzuki stated.

Some of the Japanese locals who went to the festival shared on their social media accounts how much they enjoyed being with their friends and meeting new people. Like Facebook user Chika Tominaga who shared on her post how happy she is to meet her new Filipino friends (translated from Japanese): “I became friends with Noni and Kath. I had a picture with them, friendly Filipinos. I’m glad to meet you. Thank you po for taking pictures together. You’re so kind to us even if we met the first time! I’m so glad to meet you and see ya next time!”

Among the most anticipated activities in the three-day festival are the performances from the Filipino and Japanese artists and performers, giving everyone a festive vibe that perfectly fits the event.

Over fifteen Japanese artists and performers gave the non-Japanese festivalgoers a taste of their culture and arts through different performances that range from song and dance numbers down to comedic stints. Among them were all-girl group Kamen Joshi, Beverly, the all-girl idols Junetsu Dream Around Forty Super Idol, TJ Hirotoshi Maeda, FEAM, and HPN 3.

The girl groups are among the favorite performers in the festival. Drawing in loud cheers and had everyone on their feet are the all-girl groups Kamen Joshi whose mystery behind the mask gained a huge following; FEAM whose one group member, Yuki, is a Filipino-Japanese; and the Junetsu Dream Around Forty Super Idol whose energy onstage is contagious.

Bringing pride to their homeland are Japanese performers Beverly whose sweet but powerful voice captures her listeners; the stunning singer YACO; the duo RYZM composed by Steve Sato and Rain; Queen Rocks who gives tribute to the British rock band Queen; KULO who left everyone breathless during his rap performance; giving everyone a hefty laugh is the comic trio HPN 3; model-singer-actress Aki and RnB singer Myrah Kay did not disappoint when they take the center stage to perform for the crowd.

One of the segments in the three-day festival is “Da Half” where half-Filipino performers showcased their talents. Some of them are singer-songwriter Asuca Taguchi; Shuzuka Igarashi who is Japan’s representative for the World Championships of Performing Arts in the United States; multi-lingual singer-dancer TJ Hirotoshi Maeda; Filipino singer Michael Bodin who gained popularity in Japan after joining a Japanese singing competition; child performer Karen Tadokoro; and idol group 7 Bridge.

It was Inigo who brought the house down on the first day of the festival, flying in from the U.S. after his several radio stations visits and performance at the Viacom Headquarters with Kiana. Having seen the reception of the crowd during his performance, the Tarsier Records artist said: “The energy is super fun, I had so much fun. Nakakatuwa kasi maski hindi Pinoy nandito nanonood, nakikisaya which really shows that music can unite people and it doesn’t matter what language you speak.”

The crowd went wild when Maymay Entrata and Edward Barber appeared onstage for their song and dance number. They also did not miss the opportunity to interact with their fans who were present that day. The popular loveteam dedicated their performance and visit to the overseas Filipinos in Japan: “Being an OFW must not be taken lightly because it is one of the hardest jobs in the world. You do everything, be far away from your families—it’s very difficult, so the chance to bring them some happiness and give them a way to fight their homesickness in a three-day festival is a big deal for us, it makes it all worth it,” they said.

Bright like the sunshine—this is how one could describe the smile of Jericho Rosales when he came out of the stage to perform for everyone in the crowd. The energy of the crowd was contagious that the Kapamilya singer-actor cannot help but get up-close with his audience, even granting some request for selfie photos. After his performance, Rosales said: “I find so much joy performing for Filipinos, singing my original songs. It’s a different side of me.”

The Philippines and Japan are two countries with different culture and traditions, but the “IslaFest” fusion festival proved that by finding similarities and common interest, it is not impossible for its peoples to welcome each other’s culture and tradition while also embracing their own.

See some of the highlights and activities during the first-ever Filipino-Japanese fusion festival “IslaFest” by visiting mytfc.com. You can also visit and like facebook.com/TFCAsia.

Get ready for more fun experiences and variety of performances from Japanese and Filipino artists in the next “IslaFest” event–stay tuned, Kapamilya! 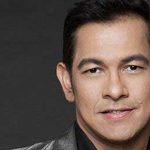