There has been numerous talent shows out there and numerous singing contests, but none is as unique as The Voice. As it is noted in the title, The Voice has their auditions mainly judged by the quality of their voice. Judges has their chairs turned away from the stage, and if they are interested with the person singing, they press a button so their chairs would rotate and face the contestant.

The Voice Kids return for its fourth season on August 3, 2019, and coaches Sarah Geronimo, Bamboo Mañalac, and Lea Salonga all returned for this season as well.

From an article by ABS-CBN, the first episode of the fourth season kicked off on a high note as well: It had a national TV rating of 34.8%, which is more than double of other shows in the same time slot got, according to Kantar Media’s information.

The next day, Sunday, it once again beat other shows by getting a TV rating of 35.5%, which once again double the number compared to other shows.

Videos and clips of the episodes uploaded in both Facebook and YouTube gained thousands of views as well, and hastags #VoiceKidsS4 and #TVKIsBack became trending on Twitter.

This season also has the “steal” twist, wherein coaches can get the contestant from another coach.

The Voice Kids air on ABS-CBN every Saturday and Sunday. If you are a fan of The Voice, or you just like singing contests in general, you should not miss following this show. 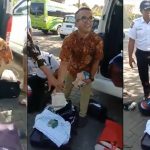 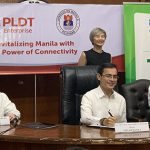