Best Foods to Avoid When You Are Constipated

Constipation is a digestive condition characterized by irregular bowel movement which means that there are less than three bowel movements every week. The patient has difficulty due to hardening of the stools, congealing of the stools near the rectum resulting to the hindrance of better stool passage. Overall, there is a feeling of unease when there is constipation.

What Are The Symptoms?

Here are the seven foods to avoid to effectively get rid of constipation;

There are mixed body reactions to eating banana. There are people who get constipated when eating bananas but there are also some who thank bananas for good bowel movement due to its soluble fiber content when ripe. Observe your stomach reaction to banana so you can avoid it when you get constipated.

This can cause a not so good reaction but chocolate also causes constipation because of its high-fat content. In Germany where one study has been done, chocolate was mentioned as one of the foods to cause constipation.

Have you ever noticed that there are times when you eat chips and you feel bloated? This is because high in fat foods such as chips (e.g. potato chips) and cookies can result to obstruction of digestion and “too full feeling” which can cause unease plus when you eat chips, you miss the chance of eating high fiber foods like apple or oatmeal. Both don’t have any fiber content and cookies have little water content which is vital for better stool passage.

Fried foods like doughnuts, French fries, fried chicken and many more all contain fats which contribute to constipation. Same goes with frozen dinners which are even high in sodium and with almost little to non-existent nutrients than what you can prepare at home. When you prepare your meals, you can choose what’s healthy.

Asians love Persimmons because of their sweet taste but there are some persimmons that are quite biting and these are the ones you should stay away from as they encourage constipation due to their high tannins content which causes food movement in the intestines to slow down.

Both white rice and white bread contains no fiber because their husk, germ, and bran are already removed making them too refined, high in starch and no nutritional value except for converted sugar which you need for energy. Eat brown rice and wheat bread instead as both have good fiber content.

Also see: OMG: This New Seaweed Tastes ‘Like Bacon’ and Its A Guilt-Free Superfood Too 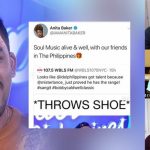 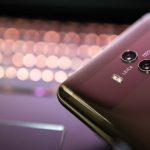