The Banana That Tastes ‘Just Like Vanilla Ice Cream’

You have probably swapped apple with pineapple or watermelon, mangoes, and papayas and thought you have tried everything. Well, prepare to be shocked. Your fruit-loving life is quite sheltered than you thought, as it turns out there is a type of banana that is blue and tastes exactly like vanilla ice cream. How cool is that! Read more about this Blue Java Bananas!

Telling from the noises made by fruit lovers on the internet, the Blue Java banana is thought to have a consistency and taste similar to vanilla ice cream. The flesh of this mysterious fruit is as white as the regular Cavendish, but the skin has peculiar blue hue pigments.

The Blue Java cultivar is a Southeast Asia native according to NovoTaste and spread through different continents including Australia. In Fiji, Blue Java is known as Hawaiian banana, in Hawaii, it is called ice cream banana while in Central America the fruit is called Cenizo.

Though vanilla ice cream is revered by many, still the jury is out there if it is a flavor you want in your banana fruit.

But thankfully, according to people who love fruits so much they blog about them, they can give us their two cents on the matter.

Grant Campbell, a raw food buff and fitness coach, weighed in on the matter and videoed his opinion and according to him, the flavor is ‘phenomenal’.

From the video, Campbell is seen peeling the skin back from the fruit and after the flesh is out he says: “That looks terrible, right?”

It is hard to disagree, but he goes on to assure viewers that looks can be deceiving.

The vlogger proceeds to taste the banana, and seem to enjoy the flavor: “Party in my mouth,” he enthusiastically said.

“You’ve got to wait until these suckers are soft that you’re ready to throw them away and then eat them – that is the time to eat them.”

If you are sold on the idea of vanilla flavor in banana, you can buy the Blue Java on Amazon. Or you can just grow them at home so can have them as much as you want and anytime.

If you decide to plant, ensure that the plant gets enough sunlight and rain. Blue Java bananas grow in abundance so you wanna allow ample space between the plants. Lastly, use quality fertilizers and apply it once a month. Increase the amount monthly and in nine months’ time, voila, Blue Java in your backyard.

Also read: OMG: This New Seaweed Tastes ‘Like Bacon’ and Its A Guilt-Free Superfood Too 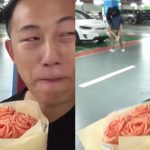 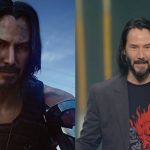