Manila, Philippines – Milk tea is still hyped and the “in” thing nowadays. With all the new stores opening almost everywhere and some stores becoming infamous for the very long queues, it looks like nothing will stop the milk tea hype train soon. Milk tea lovers may be seen drinking their favorite mixes almost everyday. Unfortunately, as with most things, consuming something in excess can be harmful.

In a Facebook post, Jeff Nortez Serrano gave her story of what happened to her. She starts it off by describing her Sunday afternoon, when she bought and drank milk tea and this is also where she said she can’t eat anything without adding chili sauce or chili oil.

That night, she started to feel sick but she ignored it, thinking that it may be because she just got off from work. The next day, she had a fever but she ignored it by drinking some medicine for it and then some rest. By night time of that same day, she started feeling pain just between her chest area and abdomen and she couldn’t breathe properly. She was brought to a hospital, and after being checked by the doctor, they said excessive consumption of milk tea and spicy food is what caused everything.

While she was being treated, she had trouble taking medicine orally so they had to resort to other means such just to relieve her of the pain she was feeling. She was able to get out of the hospital early morning the next day and she had difficulty eating for a while after that. Her doctor now has told her of things that she cannot eat nor drink, but she is fine with it as long as she doesn’t get sick again.

She wanted to share what happened as she wants to tell other people to take care of themselves. Milk tea can indeed bring happiness to a person, but too much of something can become bad. We hope that she can recover quickly and not experience this again. 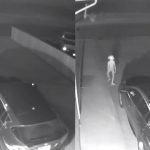 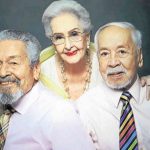