Manila, Philippines – The Technical Working Group, or TWG, who is handling the motorcycle taxi pilot run, which is allowing services like Angkas to operate, has announced that the are terminating the program early. The said program was initially announced to continue until March 23, 2020.

From an article posted by Rappler, this early termination was endorsed by Transportation Secretary Arthur Tugade, according to the TWG chairman Antonio Gardiola, Jr. Gardiola also said that they are unable to complete the study and gather data because of all the legal impediments that one of the players in the motorcycle taxi service is encountering.

Gardiola was also quoted in saying that their case study was done to see if the motorcycle taxi service is safe, and not as a means of a livelihood.

The announcement was made on January 20, 2020, and will take effect after a week. After that, any service that will still be operating by that time is deemed illegal and will be apprehended.

The Senate, after hearing of this, urged the TWG to reconsider as they pointed out that laws for such services cannot be created without the proper data.

Services such as Angkas, and the new JoyRide, are the motorcycle hailing services that have been used by most citizens, specially in Metro Manila. You’ll only need their app to book and they’ll bring you to your desired location.

Angkas in particular has encountered a lot of publicity, not just through their witty posts on social media, but with their encounters with the law, including the most recent where they had to let go of 17,000 riders after a cap of 10,000 rider cap was implemented, thus creating the #SaveAngkas campaign. 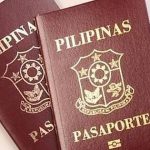 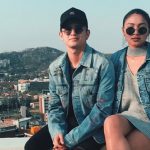