SALT LAKE CITY, March 17, 2020 /PRNewswire/ — For more than 20 years USANA, the Cellular Nutrition Company, has partnered with some of the world’s most decorated athletes and sports organizations across the professional and Olympic space. As 2020 spring sports seasons begin, the company is proud to add New Zealand’s professional rugby league team, the Vodafone Warriors, to its expansive roster. 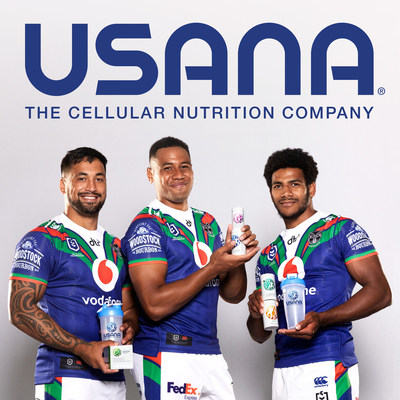 "We are thrilled to enter into this partnership with the great Vodafone Warriors," says David Mulham, USANA chief sales officer. "At USANA, we are proud of our vision to create the healthiest family on earth, and this partnership helps us further deliver this message through this dynamic group of professional athletes."

The Vodafone Warriors first joined the National Rugby League in 1995—formerly known as the Australian Rugby League—and is the only current team in the league based outside of Australia. During the course of its tenure, the club has won a minor premiership title, has reached two grand finals, and has made eight playoff appearances.

"In a sport as physical as rugby league, it’s vital our athletes have the right nutritional support, both on and off the field, when it comes to their match preparation. We’re delighted to have USANA onboard to fuel our team as we head into the 2020 season," says Glenn Critchley, Vodafone Warriors GM Commercial.

To learn more about USANA and its award-winning supplements, visit usana.com.

The Vodafone Warriors’ 26th season kicked off on March 14 when they took on the Newcastle Knights in Newcastle. For more information about their schedule, visit warriors.kiwi.

About USANA
USANA (NYSE:USNA) prides itself in providing consumers the highest quality nutritional products in the world. From its award-winning supplements to its innovative new skincare line, USANA has proven for more than 25 years why it’s a company you can trust. How about giving us a try? Shop at USANA.com or learn more at whatsupusana.com.

About Vodafone Warriors
The Vodafone Warriors, now owned by Autex Industries, are established as one of the country’s most powerful sporting brands competing in the NRL (National Rugby League). Based at Mount Smart Stadium, the club came to life on Friday, March 10, 1995 when the originally named Auckland Warriors made their debut against the Brisbane Broncos in the then-Winfield Cup. Entering their 26th season in 2020, the Warriors stand alone as New Zealand’s biggest and oldest professional sporting franchise. They’ve paved the way for a number of New Zealand codes (including netball, football, basketball and baseball) to enter Australian competitions.

The Vodafone Warriors have reached the NRL grand final twice (2002 and 2011), won the minor premiership in 2002, qualified for the finals eight times, and netted the now-defunct National Youth Competition (under-20) title three times (2010, 2011 and 2014). A total of 239 players have represented the Vodafone Warriors, four of whom have appeared in more than 200 NRL matches, with Simon Mannering becoming the first to reach the 300-game mark for the club in his final season in 2018. Current head coach Stephen Kearney, a foundation player from 1995-1998, returned to the club as head coach for the 2017 campaign. 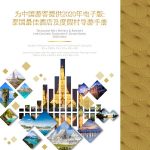 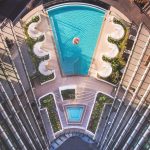