Helping the environment is in everyone’s mind. Even a small thing can make a big difference in terms of keeping the surroundings clean. Some companies have taken the initiative and tried to set an example for others to try to follow. There are also some that would try to bring their means of helping up another level.

Just recently, Converse started what they called “Converse Renew” through a post in their website. With this initiative, they wanted to, “make their product in more innovative and sustainable ways.”

What they plan on doing is they want to make a certain line of products that only uses recycled materials for the production. They also want to find other techniques for their manufacturing process that can be helpful to the environment.

In this initiative, they will first be releasing the “Converse Renew Canvas.” The Converse Renew Canvas is their new line of shoes that will also look the same as their Chuck Taylor All-Star counterparts, only this time, the upper of the shoe, or the part that covers the foot, will be made of 100% used plastic bottles.

Converse is saying that even if it is made from used plastic bottles, the shoe will still look and feel the same and you won’t even be able to tell which is which. From the pictures shown, every book will look the same as Chuck Taylor, but will have the “Converse All-Star Renew” mark near the heel.

There is no price mentioned, but it can be noted that the release date of the Converse Renew Canvas is July 5, 2019.

Also read: How to Find the right SAMSUNG Galaxy A Series smartphone for you 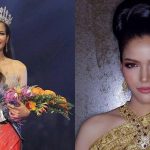 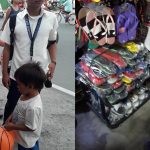