Quezon City, Philippines – Cats are very lovable animals. They have now become a new companion at your home. Cats know if they are loved by their owners and they would try to give the same feeling back so it is sad to know that there are still some that would mistreat them for no reason at all.

A few Facebook posts from a page called Cats of Araneta tried to tell a story regarding a cat that they have named “Van.” Van the cat became famous online, but it was not through a cute cat video.

Based on the posts by animal welfare group, a netizen posted a video that showed the cat tied to the back of a truck and then was dragged along with it. The cat tried to catch up when the truck started to move so that he won’t get too dragged by it. A security guard who saw what happened was able to stop the truck in order for him to get Van untied and then he was surrendered to the group.

In a series of posts in Facebook, they made it to look like they were talking on behalf of Van. They told the story again of what happened and how Van was rescued. They also showed progress specially with a video of him eating, with a caption, “I am eating na po. But I am still scared and my front leg still hurts.”

In this post, Cats of Araneta described all of the injuries that Van got. There were injuries at his neck which appears to be where he was tied. The paws already have injuries and some parts of the skin was scraped off. It also appears that Van was dragged by the truck not just once. 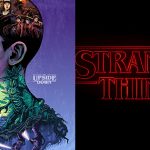 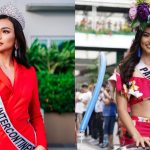