Victoria’s Secret is one of the most famous brands in the world when it comes to intimate apparel. Apart from their famous lingerie collection, they also have their famous Secret Fashion Show, and fans would anticipate the show every year.

This year though, they decided to hold off the fashion show as they wanted to “work on branding and new ways to do the show.” It also came about after their chief marketing officer, Ed Razek, made statements regarding transgenders.

Razek was quoted to say that the Secret Fashion Show is a fantasy and that transgenders and plus-sized women are not any person’s fantasy.

The lingerie brand took a beating after this remark with all of the backlash that they received. Famous transgender influencer Nikita Dragun posted her own response in Twitter regarding Razek’s comments. Razek has soon apologized for the remarks that he said.

It seems that Victoria’s Secret is also turning a new leaf after that as they have hired their first transgender model to model for them.

Valentina Sampaio hails from Brazil and has also graced the cover of fashion magazine Vogue. Through her own Instagram post, she showed that she was backstage for a Victoria’s Secret event that she was part of.

Hopefully, with this new turn of events, this can open more opportunities for equality regarding different genders. 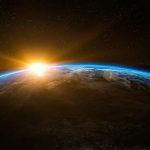 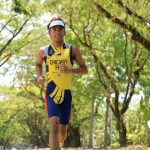