After the tragic death of Jong-moon and 4 other victims who helped our lead team to burn down Babel’s warehouse, it’s time for them to realize that to take down Babel and lure out the real boss, they will have to play dirty. Cha-young agrees to whatever Vincenzo’s plan will be. The tenants also learned about Babel’s cruelty and got scared for their safety if they don’t move out.

Now that Attorney Han knew how cruel Joon-woo could be, he starts to get scared for his safety. Although Attorney Han vents his concern to her colleague Myung-hee, she just told him that there’s no way out for them. Myung-hee has formed her deeper alliance with Joon-woo, which tells that she has a cunning personality and will help Joon-woo as other submissive subordinates will do.

The fright and anxiety build up inside Attorney Han, resulting in his move to support Chairman Jang. Unlike Myung-hee, although Attorney Han has been part of their dirty plans, I think he doesn’t have the guts to get involved in killings since he isn’t that cold-blooded. Know that he expresses his support while crying to Chairman Jang about how his ideal chairman should be; he boosted Chairman Jang’s confidence and maybe gave him the idea of overthrowing and betraying his brother Joon-woo.

Meanwhile, Vincenzo has successfully laid out his plan to lure out Babel’s real boss. Vincenzo takes the shots according to his principles; though he wanted to escape his past, it is the only suitable way to take down their vicious enemy. He planned to threaten the real boss’s trusted subordinates to take him out of the shadows where he is hiding. He used his trademark, later “C” for Cassano, as a threat he leaves before killing his target.

Vincenzo knew all along that a Korean man is asking about him, as his Italian friend informed him. He used this information to bait the real boss of Babel; that’s why he revealed his signature trademark. Joon-woo didn’t know that his sudden move has become bait to reveal his identity. And as the brothers look into the photos of Vincenzo’s past brutal deeds, Chairman Jang got frightened as he learned that Vincenzo is one of the feared and respected consiglieres in the field. Now that Chairman Jang knew about Vincenzo’s identity, it makes me more excited about how he will make his next moves because Joon-woo is not the only one he should be scared of now.

Unaware of Vincenzo’s plan, Joon-woo sent his assassins to kill him that night and called out Cha-young, lying that he has intel on Wusang. But when he watched Joo-sungs broadcast, he instantly sends his assassins to the underpass where Vincenzo is waiting. The underpass scene of Vincenzo having an intense gunfight is what I’ve been waiting for all along since this series just kept on showing the romantic side.

On the other hand, Joon-woo admits to Cha-young that he just lied to meet her up. He told her that he got a call from Joo-sung that Vincenzo went to the underpass. Cha-young, who was in panic and scared for Vincenzo getting hurt, didn’t notice the weirdness of Joon-woo’s action. He insisted on driving, and they pick up Joo-sung and Cheol-wook as they head to the underpass. I don’t know what’s up with Joon-woo; why does he always get Cha-young out of the scene when he orders the hit on Vincenzo, and he also doesn’t want to order a hit on her. I’m assuming maybe he does like Cha-young, and people who tend to have lunatic personality also tends to be possessive and obsessed.

As Cha-young arrived at the underpass, she was emotional that she forgot the main objective of their plan. Vincenzo told her that he knew the real boss of Babel, then he looks directly at Joon-woo. Now that both parties have discovered their identity, I’m rooting for a more action-packed scene. Though they fight differently, I’m expecting that the turn of events will become more heinous. 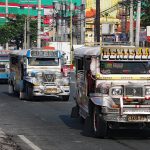 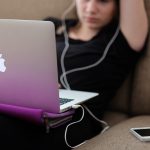