After a chaotic fight from the last episode, CEO Park and his men were put behind bars as the tenants were able to prove their innocence when Young-ho provided the video he filmed, proving that the tenants just fought to defend their selves. The tenants have dinner and celebrated of getting rid CEO Park and thanked Vincenzo for boosting their fighting spirit.

Meanwhile, as they celebrate at Geumga Plaza, Chairman Jang is doing his affairs on the ice hockey rink. He brutally hit with the hockey stick the Babel directors who came to report their dereliction then fired them directly. He also bought a handgun that he excitedly looks into his car. CEO Park and his men were also seen locked inside a freezer as a punishment for the chaos they caused at Geumga Plaza. I think Chairman Jang’s method is evolving and becoming more brutal due to his brother’s disappointment with him and maybe he will become eviler than Joon-woo as he always tries to suppress him.

Another twist to this episode that is too early for me is when Kyung-ja was brought to the hospital. Vincenzo and Cha-young learned that her condition is getting worse and only have days remaining to live. Vincenzo insisted to pay for her treatment even though Kyung-ja doesn’t want to be indebted. I hope that Kyung-ja lived a bit longer or get cured of her illness so she will have more time to reconcile with his son. Vincenzo also showed how he still cared for his mother despite abandoning him when he insisted to shoulder her medical expenses.

The consecutive defeats that Babel and Wusang received lately made Myung-hee desperate to prove herself and make a counterattack. She asked a favor to Hwang Ming-sun, President of Shinkwang Bank. Ming-sun quickly agreed to help Babel by giving them fake loans to become legitimate to acquire real loans from other banks. Myung-hee got the upper hand on Ming-sun for she has information of his dirty deeds back then.

When Myung-hee tries desperately to prove herself, she was reckless to draw out her card Ming-sun who has a lot of weakness, making Vincenzo easy to approach him. It was liked she was trying to feed Ming-sun to the lion’s den. He also visited Kyung-ja at the hospital and came out that she was the maid that was framed to kill her father. Vincenzo knew his visit since Cha-young saw him.

Ming-sun was sued a couple of times for assaulting men he had an interest in and approached them. When his victims disagree with his request, he will assault them. It turns out that Ming-sun is gay, and as our lead, Vincenzo’s charm is quite irresistible and he can easily catch Ming-sun’s attention. During the two date scenes with Ming-sun, we can see how versatile Song Joong-ki is as an actor when he played a hilarious bromance with Ming-sun to get the inside details from him.

The first and second date with Ming-sun was a success and Vincenzo was able to get evidence against Ming-sun. He was also able to control Ming-sun who was already obsessed with him to call off the signing ceremony. Myung-hee was defeated again and Vincenzo implicated Ming-sun with his dirty deeds. Myung-hee is becoming more frustrated and threatened Cha-young to end up like her father.

I can’t tell what Myung-hee’s next counter plan is, but I’m quite sure that with Vincenzo and Cha-young’s deeper relationship and earning more allies who are always behind their backs to support them, it is becoming harder to take them down. 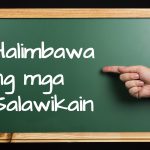 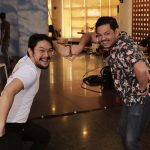