As Vincenzo delves deeper into Babel’s dirty deeds, the more brutal things end up lately. The number of deaths keeps rising, making Vincenzo more eager to find out the real boss behind Babel. Our leads legal team digs the records of Chairman Jang’s older brother, who went to the states 15 years ago, and there are no records of him coming back to the country. They have long suspected that Chairman Jang is just a front to cover up the real boss of Babel.

Looking back from episode 8, Vincenzo insisted on paying Kyung-JA’s treatment. Vincenzo followed Cha-young to the hospital to visit her. During this scene, we can see that Vincenzo loves her mother and scolded the doctor for negligence. Kyung-ja was happy deep down and told Cha-young that he was angry out of kindness. Vincenzo also ponders on her mother’s current state. It turns out that her mother didn’t neglect him and left him the same year when she was diagnosed with late-stage lung cancer. Know that Vincenzo knew why she left him, I bet he will do everything to help her mom, and in the long run, they can reconcile their relationship.

While Vincenzo is busy with his affairs, the tenants are trying to dig out his gold. They already made an alliance team to further the treasure search. Knowing that the tenants knew about the gold and the monks also participated in the search, it would become harder to convince the tenants to leave the Geumga Plaza. But our lead, Vincenzo, has many tricks, and though it is now challenging to get the gold with the tenant’s interference, I’m sure he will find a way to achieve his main goal.

Now that Myung-hee’s plan was a mess due to Ming-sun’s arrest and Cha-young’s criticizing Babel, the outcome didn’t turn out well. Other banks still didn’t give into Babel, making Chairman Jang frustrated and suggesting to Joon-woo to get rid of Vincenzo and Cha-young. But Joon-woo brushes off his idea. Afterward, some men are following Vincenzo and Cha-young. Two men also tried to break into Vincenzo’s apartment, and another man tried to threaten Cha-young at her place, while Joon-woo beat Chief Prosecutor Hwang and his sidekick.

The attempted threat to Cha-young also leads to a bit of romance, with Vincenzo saving him. Though Vincenzo sent him to the hotel and dismissed her thought of staying at his place, Cha-young went back running to his place as she was scared and suspicious of everyone she saw. This scene showed how Vincenzo wanted to forget about his past when Cha-young keeps inquiring about his Mafia life.

The ending scene has led to another brutal killing. Vincenzo and Cha-young’s every moved was monitored by Chairman Jang. When they learned through Prosecutor Jung that probably the real boss of Babel was Chairman Jang’s older brother and told them that Jong-moon knew about it, they were too late. They arrived at the scene where Jong-moon and the police guards are supposed to give him protection, all dead inside the van.

Know that Babel is getting ahead of our leads team, it will become more difficult for them to take them down. And as for Vincenzo, I think it’s time for him to show his vicious side as the enemy is fighting more brutally. 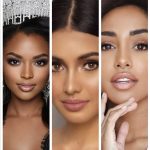 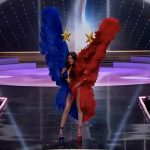