Walang Pasok: List of Holidays For The Month of August 2019

Manila, Philippines – As it is with every other month, August has its own holidays to celebrate and there is both a regular holiday and a special non-working holiday, too.

When a regular holiday is declared, classes are suspended on that day, as well as most private and government offices. If an employee needs to work on the said day, they must be compensated by their employer and will be paid 200% of their daily rate for that day.

A special non-working holiday also affects schools and most offices as well. Those that need to work during the holiday will be given an additional 30%.

In a post by ABS-CBN News on their Facebook page, August 21, 2019, is declared as a special non-working holiday to celebrate Ninoy Aquino Day. This date falls on a Wednesday.

National Heroes Day is on August 26, 2019, and is a regular holiday. This date falls on a Monday, which means the dates August 24, 25, and 26 is a perfect time for planning any family activities and such as it became a long weekend for both workers and students alike.

Eidul Adha, also known as the “Feast of the Sacrifice,” is also celebrated in August. This year, it is supposed to be celebrated on August 12, 2019, but as of yet, there has been no official announcement from Malacañang regarding declaring this date as a holiday, but we will keep you posted as soon as possible. 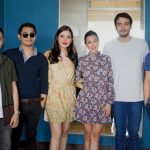 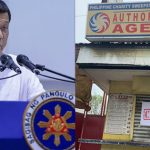