#WalangPasok: Suspension of Classes Announced in Some Areas for Thursday, August 29

MANILA, Philippines – Some LGU’s and Schools announced the suspension of classes for Thursday, August 29, due to bad weather brought about by Tropical Storm Jenny. Here is a list of areas where classes and work have been suspended for Aug. 29, 2019.

At 3:00 AM today, Tropical Depression “JENNY” was estimated based on all available data at 60 km Northwest of Dagupan City, Pangasinan (16.5°N, 120.0°E), with maximum sustained winds of 55 km/h near the center and gustiness of up to 85 km/h. It is moving West Northwest at 35 km/h. Southwest Monsoon affecting the western section of Southern Luzon and the Visayas. 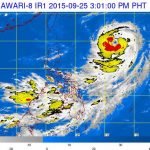 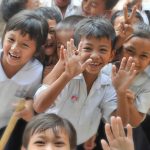