Manila, Philippines – The 30th Southeast Asian Games, or commonly known as the SEA Games, will be hosted in the Philippines this year. The country has hosted the event before back in 2005, and it will be the first time where the games will be held in different parts of the country, versus being held in one city only.

The event will start on November 30 and will end on December 11, 2019, with its torch run starting on November 16, 2019, at SM Seaside, Cebu City. It will also be the first time for the event to have e-sports as part of the activities.

Some of the activities will be held in Manila, which are near the De La Salle University and La Salle College of Saint Benilde campuses. Because of this, their Office of the Chancellor has made an announcement, which was broadcasted in Twitter as well.

From December 2 until December 7, 2019, all classes and office work will be suspended for the Manila campus “in view of the activities directly connected” to the 30th SEA Games.

Through another Tweet, it was also announced that Benilde MANILA and the Benilde Deaf School are to suspend classes and operations on the same dates due to expected heavy traffic.

One of the main venues of the 30th SEA Games is the Rizal Memorial Sports Complex, which is located just behind the La Salle campus. 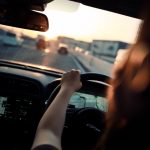 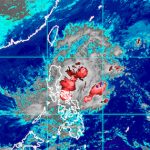