Walang Pasok: June 5 declared holiday for Eid’l Fitr in the Philippines (No Work and No Classes Nationwide)

MANILA, Philippines – As Muslim Filipinos prepare for the upcoming end of the Ramadan, President Rodrigo Duterte has signed an order that the last day of the Islamic month, also called Eid’l Fitr, will be a regular holiday. The holiday, which will be commemorated by followers of Islam on June 5, 2019 (Wednesday) will be observed nationwide.

#WalangPasok: Suspension of Work and Classes on June 5, 2019, for Eid’l Fitr in the Philippines

The declaration of the national holiday was confirmed by Executive Secretary Salvador Medialdea on Wednesday, May 29.

The Executive Secretary Salvador Medialdea signed Proclamation 729 declaring that the said date is a national holiday. The holiday declaration is upon the recommendation of the National Commission on Muslim Filipinos.

Muslims community celebrate the Ramadan as the ninth month of the Islamic calendar, which marks as a month of fasting for them. The Ramadan was the month when the Quran was first revealed to the prophet Muhammad.

The length of the month usually depends on the visual sightings of the crescent moon. During that same day, it just so happens that the crescent moon will be very much visible in some parts of the world including the Pacific islands, Peru, Ecuador and the east coast of the United States.

During the term of President Gloria Macapagal Arroyo, The Republic Act No. 9177 was signed and approved which requires the announcement of the Eid’l Fitr as a regular holiday.

The holiday announcement will be based on the recommendation of the National Commission of Muslim Filipinos.

There are more than 5 million Muslims in the Philippines – a country that is predominantly Catholic nation.

Aslo read: FACT: The Largest Pyramid on Earth is not in Egypt 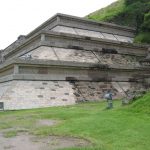 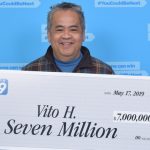