Manila, Philippines – Only a couple of weeks after tropical storm Quiel has hit the country, another storm has formed. Coming from a tropical depression, it has evolved into a typhoon and was given the name “Ramon.”

Typhoon “Ramon” has been reported to have winds of up to 55 Kph and gusts of up to 70 Kph. It is slowly moving west and is forecasted to go up to northern Luzon by November 17.

Signal No. 2 is currently announced for Catanduanes, while Signal No. 1 is for Camarines Norte, Camarines Sur, Albay, Sorsogon, Eastern Samar, and Northern Samar.

Places that have announced that classes are suspended for November 14 are the following:

Rainfall is still expected in areas such as Cagayan, Isabela, Camarines Norte, Camarines Sur, and Catanduanes. The rest of the country may experience cloudy skies with occasional rainfall.

According to weather forecasts, it is predicted that the center of typhoon “Ramon” will hit Kabugao, Apayao, by Sunday afternoon. 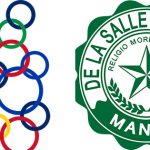 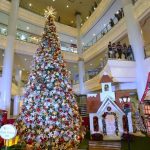