Manila, Philippines – Christmas Day, and New Year’s Day as well, is just around the corner, and almost everyone is getting ready to celebrate this yearly occasion. Some might just have a simple celebration, while there are some that would get ready weeks or even months in advance. Celebrating is good and all, having the dates declared to be a non-working holiday is to be expected.

Malacañang has already made an announcement before that December 24 and December 25 are declared as a special non-working holiday and a regular holiday, respectively. What this means is any office work for those days are to be suspended, and if anyone needs to work on those days, they are to be compensated with an additional 30% on top of their daily pay for a special non-working holiday, and an additional 100% for working on a regular holiday.

December 24 and 25 falls on a Tuesday and Wednesday, so it seems awkward that Monday, December 23, may still have office for most, and this may be what is in the mind for those in the Supreme Court.

Through Memorandum Order No. 90-2019, issued by Chief Justice Diosdado Peralta, it is now set that courts work will be suspended on Monday, December 23, while a skeletal force will be implemented in offices that still need a staff.

The following offices are affected by this memorandum:

Any employees and officials that will need to work on December 23 will be given one compensatory day-off.

Also read: List of Holidays and Long Weekends for the Year 2020 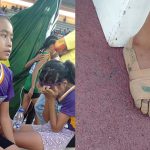 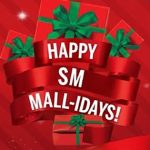