Simple exercise tips for elderly to deal with epidemic

HONG KONG, April 7, 2020 /PRNewswire/ — COVID-19 has become a global threat. There is a clear correlation between doing regular exercise and strengthening of immunity, especially among the elderly. To help raise health consciousness in the community, Chinese YMCA of Hong Kong (“YMCA”) and the AXA Foundation have been joining hands to promote Walking Football since 2018. With the support of the AXA Foundation, the programme has hosted more than 195 games and benefited over 3,000 people in the past two years. YMCA and the AXA Foundation also jointly organised the “AXA Hong Kong-YMCA Walking Football Fun Day” with 1,000 participants who had the chance to experience the fun of walking football. AXA Foundation and Chinese YMCA of Hong Kong have been joining hands to promote Walking Football since 2018. With the support of the AXA Foundation, the programme has hosted more than 195 games and benefited over 3,000 people in the past two years.

“To allow people aged 50 or above, and people who suffer from chronic illnesses, to enjoy physical activity without the risk of injury, YMCA introduced walking football from the United Kingdom to Hong Kong in 2015. This emerging sport allows people in their golden years to regain the fun of football, and brings people from different backgrounds and ages together. It also helps participants explore a new interest, and injects them with positive energy. With the full support of the AXA Foundation, we have successfully raised the awareness of this exciting and emerging sport among the general public. Our programme has drawn thousands of participants, both men and women, and the oldest participant is 85 years old. We would like to thank the AXA Foundation and the public for supporting walking football,” said Dr. Bonson Lee Hing Wai, Deputy General Secretary of Chinese YMCA of Hong Kong.

“The AXA Foundation has been fully supporting the rollout of this new form of sport – walking football – over the past two years. Our mission is to empower golden agers to live a better life through playing walking football, which has less risk of sustaining injuries than regular football. It is encouraging to see that walking football has increasingly become a popular sport in Hong Kong, and with the commitment of YMCA in promoting it, the general public is getting to know more about the activity. Even more rewarding is that walking football is proven to be able to enhance participants’ physical and mental wellbeing. We sincerely hope that walking football can continue to benefit more people in the future,” said Ms. Andrea Wong, Chief Corporate Responsibility Officer, AXA Hong Kong and Macau.

Chinese YMCA of Hong Kong introduced walking football from the United Kingdom to Hong Kong. It is suitable for people aged 50 or above and those suffering from chronic illnesses, and allows them to enjoy the fun of football without running or having physical contact with other players. Walking football has attracted many Hongkongers in their golden years in the last two years.

To understand the positive impact of walking football, YMCA invited Professor Stanley Sai Chuen Hui from the Department of Sports Science and Physical Education of the Chinese University of Hong Kong, to conduct a study on the “The Effects of Walking Football on Physical and Mental Health of Adults Aged 50-70 Years-old” by observing over 50 walking football players for more than two months. The study showed that the cardiopulmonary function of the participants improved significantly, and their resting heart rate dropped from 75.7 to 71.5. The walking distance of participants in a 6-minute walking test increased by 19 metres after two months of walking football activity. The study indicated that walking football can help improve the cardiopulmonary endurance of participants, as well as their blood oxygenation capacity.

The study also showed that participants’ lower limb balance in the single-leg stick-stand test with closed eyes has improved significantly – from 6 seconds to 10 seconds. Professor Hui explained that the turning and kicking movements of walking football use one foot only, so practicing walking football can improve balance and lower limb muscle strength. Also, rapid walking during walking football is an aerobic exercise, which can effectively improve cardiopulmonary health and physical flexibility. In other words, walking football can help reduce the likelihood of impaired mobility and falls by the elderly.

In addition to physical benefits, walking football can also help older people regain the fun of playing football, explore a new interest and expand their social networks. Golden agers are inevitably concerned about the second half of their life. Before undergoing walking football training, 9.4% of the participants indicated that they were unhappy, but 66.6% of those unhappy participants became much cheerier after just two months of training. This clearly proves that walking football has a profoundly positive impact on golden agers’ mental wellbeing.

Football is not only for men, retired woman joins the team

Ms. Lam Po Chun, one of the research participants who is a retired teacher, is under long-term medication due to high blood pressure and was advised to exercise regularly. Ms. Lam is passionate about football, so she joined walking football training without hesitation when she heard about it. “My friends said I look happier with a better body shape. I feel healthier and my blood pressure is more stable than before. Walking football is a good social platform as it emphasises team spirit, we always encourage each other when playing the game, and at the same time it increases one’s positive energy,” said Ms. Lam.

Another research participant, Mr. Wai Lap Kan, is aged 70 and suffered from airway allergic reaction and insufficient foot muscle strength before practicing walking football. After the training, his muscle strength improved. “My limbs have become stronger and I am thrilled to make so many new like-minded friends. My teammates all come from different backgrounds, and other than practicing walking football, we also go hiking together. I have gained so much from this sport,” said Mr. Wai.

It is known that an appropriate amount of aerobic exercise can help increase body resistance. During the coronavirus epidemic, walking football is perfect for golden agers. It is moderate in intensity, which also helps improve the immune system to combat COVID-19, and injuries do not occur easily. Mr. Wong Yu Ho, Physiotherapist I of YMCA, has designed a set of simple exercises based on the movements of walking football, allowing everyone to stay active and experience the pleasure of football even at home.

1) Inside and outside dribbling on single foot

Hold the back of a chair with one hand to help balance the body, dribble the football to work on inside and outside with both feet for a minute. Then increase the amplitude of lower limb stretching gradually. Use left foot only to dribble from inside to outside for a minute, then do it with the right foot only. After familiarising with the movement, try to balance without holding the back of the chair, simply dribbling the football with eyes closed.

Stand with one foot and hold the back of a chair to help balance the body, then juggle the football around the opposite foot, alternate the right and left foot. This movement requires a high level of coordination, and recommended to try it slowly.

There are other basic cardio and balancing exercises:

Hold the back of a chair with one hand to help balance the body, use the left foot as support and lower the body, extending the right foot forward to the side and rear position respectively. Do this exercise for five times as one session, then alternate the right and left foot for two to three sessions. Pay attention to the foot that is used for support, as it should be parallel with the hip, knee and ankle. Try to keep the ankle stable and avoid twisting the knee.

Hold the back of a chair with both hands to help balance the body, and imagine sitting on a chair to do a sit-down position. The toes should not go beyond the knees, alternate the right and left foot for eight to ten times as a session, do two to three sessions. Pay attention to the centre of gravity over the feet to avoid falling backwards due to losing the centre of gravity.

Walking Football is an emerging sport for people aged 50 or over, and for those with chronic illnesses. Based on a five-a-side football game, players are not allowed to run, the ball must not exceed a certain head height restriction, and no contact with other players is allowed. Since its launch in the UK in 2011, walking football has become a popular sport in 25 countries including France, Italy, Germany, Spain, the United States, Canada, Australia, Malaysia and Singapore.

About Chinese YMCA of Hong Kong

Chinese YMCA of Hong Kong was established in 1901. The organisation’s objective and purpose are set out in its constitution as being ‘the development of Christian character and the cultivation of the Christian spirit of service among young men, by the teachings of Jesus Christ‘. The Association is committed to building a civil and compassionate Hong Kong through multiple service programmes based on holistic personal growth, commitment to the underprivileged and reconciliation extending from self to society.

The AXA Foundation was established by AXA Hong Kong and Macau. With the purpose of ‘Empowering People to Live a Better Life’ in mind, it pledges to support a variety of community programmes related to health and wellbeing. Through supporting different non-profit organisations, the AXA Foundation is committed to serving all walks of life in the community in order to contribute to the sustainability of society. 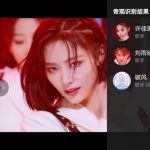