In this day and age, we have all the technology that we can use to explain everything that we see around us, but every now and then, there would be things that can not only surprise us, but it can also make us say, “WTF was that?”

In a Facebook post, Vivian Gomez shared what one of her security cameras caught in one night. It appears that she was about to ignore an uneventful footage but she was surprised with what she saw.

In the video, she first saw a shadow near her car, and then an unidentified creature suddenly walked in front of the camera. The creature was bow-legged and it was stomping the floor as it walked. It looked like it has long ears and it was thin and lanky.

As it walked, it danced for a little bit but as the clip was only ten seconds, the video cut off as the creature walked away.

The video has since been viewed for more than 14 million times, and was shared more than 160,000 times as well.

Some of the people that were able to make a comment thought it was an alien, while there were others that thought it was a ghost. Some also compared it to Dobby the House Elf, a character from the Harry Potter books.

There were some as well that were skeptic and tried to give a more realistic explanation as to what the camera caught. They say it might have been a kid that was wearing flip-flops and a large hat and was just playing a prank.

In any case, it is still an unusual video, and the mystery of what was caught in it might not get resolved anytime soon.

Also read: Cheating Girlfriend Was Caught By Boyfriend Who Was Planning to Surprise Her 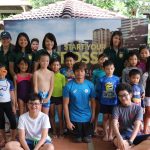 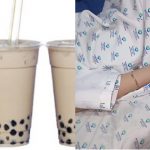