Any person would want to, or at least tried to, have a pet in their home. The most common types of pets are dogs and cats, and as well, fish.

Some fish owners would invest a lot of time and money to set up an aquarium that they can present for others to see, and in choosing the best fish to look after. Once you have fish to take care of, you’ll need to feed it regularly and clean their aquarium, too. Despite that, fish is fairly easy to take care of, but they can also catch diseases.

One such disease is called the Swim Bladder Disorder. Fish has an organ called a swim bladder that they use in order for them to swim the right way up. Fish that has this disease might end up swimming upside down, or even prevent them from floating at all, which can lead to their death.

From an article made by The Sun, they featured a South Korean fish owner named Henry Kim. He has around 20 goldfish and he has seen that some of them had the swim bladder disorder. He researched about it and he found a means of helping his pets out.

Through his own research, he was able to make a plastic frame that was that was referred to as a “wheelchair for fish.” It was effective, as his pets that had the disease was able to swim properly again after.

The Swim Bladder Disorder can be caused by parasites in the fish or if the aquarium is not cleaned regularly. We are at least glad that Kim was able to give his fish new “legs” in the water. 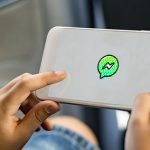 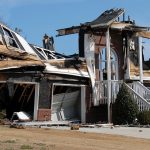