Manila, Philippines – World Wrestling Entertainment, or WWE, has a lot of fans in the Philippines. Their shows are watched and followed religiously and social media is updated with the latest news from them, too. It won’t come as a surprise that every fan became excited when it was announced that once again, WWE Live in Manila is happening this year.

WWE has been around for a long time and it has went through numerous name changes, with the current name, World Wrestling Entertainment, set back in 2002. Its main focus is wrestling entertainment, wherein athletes compete with each other to become champion. All the drama on and off the ring is all for show, but all the stunts are real and carefully choreographed.

It was recently announced that WWE will have a show once again in Manila. The date of the show will be on September 20, 2019 at Araneta Coliseum, and tickets sales will be opened on June 22, 2019 through TicketNet.

Coming from a post from Wilbros Live in Facebook, the live event should feature Kofi Kingston, Roman Reigns, Finn Balor, Charlotte Flair, Xavier Woods, Asuka, Kevin Owens, Shinsuke Nakamura, and many others, but complete line-up is subject to change without prior notice.

Ticket prices has also been announced in the same post and as follows:

WWE has already made a live appearance in Manila back in September 2016. We hope that fans can once again enjoy the electrifying performances of the featured performers this coming September. 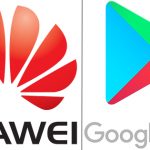