Yeng Constantino had been trending in social media as of late. What initially happened was that her husband Yan Asuncion got into an accident while cliff diving in Siargao, and as they were trying to get him treated for it, it appeared as though he was not getting the medical treatment that he needed. Yeng was able to take a video of what happened and posted it online and made a vlog for YouTube.

Her posts went viral, and many were sympathetic with what happened, but she received a lot of flak from netizens for one thing that she did: As she was very critical about the doctor that treated her husband, she posted her picture and name online.

Netizens all defended the doctor’s status. Everyone understood that Yeng was distressed with what happened but they also said it wasn’t right for her to shame the doctor online. The hastag #NoToDoctorShaming became trending because of this. Those that saw the video on YouTube pointed out that it was monetized.

Yeng made a post in her Facebook page on Monday, apologizing for what happened. She said that she may have said the things she said in her vlog because of her “high emotions” as she thought Yan was in grave danger. It was only when she talked to the people close to her did she realize that she should have been more responsible with what she posted.

She also apologized to the doctor in question and she acknowledged that she should have not posted the doctor’s name and picture on social media. She also mentioned that she has taken down all of her posts regarding the incident.

The Cybercrime Prevention Act of 2012 includes posting of images and names of doctors on social media without their consent and can be punishable by imprisonment from six to 12 years. 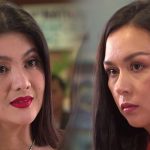 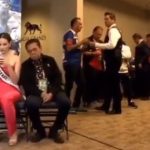