SEOUNGNAM, South Korea, July 17, 2020 /PRNewswire/ — You Need Character (CEO Minsoo Song), a company in the ICT-Culture Convergence Center operated by the Ministry of Science and ICT and National IT Industry Promotion Agency, has revealed that they are pushing their mobile game business in earnest on the 7th.

Targeting the Indian market with a population of 1.4 billion, You Need Character is in the process of finalizing negotiations with local Indian media owners, ahead of the broadcasting of ‘Cricket Pang’, a self-produced TV animation, on Indian TV and OTT channels by the end of this year.

As such, they are utilizing the character IP from ‘Cricket Pang’ to prepare various character products, and notably, they are planning to launch a number of educational apps targeting the younger audience, as well as casual mobile games on the Indian mobile app market around the time of broadcasting towards the end of the year.

In particular, in addition to self-produced educational mobile apps, they are currently in talks with Korean game companies with aims to launch a number of mobile games utilizing the character IP from ‘Cricket Pang’ by the end of this year, and they are expecting various cooperative solutions with many mobile game companies.

Minsoo Song, CEO of You Need Character, said, "Utilizing animations and character IP, Cricket Pang animation is preparing to launch toys and publications based on the date of broadcast towards the end of the year, and will be the first in Korea to enter the Indian media market in earnest. The mobile game sector in particular, has a high demand and is a large and well-developed business sector in the Indian market. As such, we always welcome proposals from Korean mobile game developers that have the drive and capacity to enter the Indian mobile game market utilizing IP from ‘Cricket Pang’, in addition to our self-developed mobile apps." 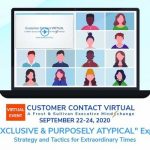 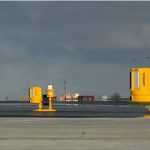